Before Bitcoin, many attempts to create digital money have failed.

As any other type of transaction, digital payments are based on users’ trust in the payment system and exchange. This is typically provided by centralized “trusted” authorities in the form of regulation, consumer protection and insurance schemes.  As far as earlier versions of digital money, say pre-Bitcoin, the use and safety was entirely depending on the need for trust between parties. This inherently exposed users to the risks of data breaches and misuse.

In practice, digital coins require a trustworthy and transparent management system that guarantees smooth and reliable transactions among stakeholders in the network. Bitcoin was the first, at least the first on a large scale, that provided a solution that enhances trust: a technology called blockchain. That is, a public ledger with a transparent mechanism of transactions validation and updating based on a fully decentralized network.

In a nutshell, cryptocurrencies are effectively the most popular, so far, application of blockchain technologies.

At its core, the blockchain is a system for storing data in the form of a public ledger that is impossible to change or hack. Transactions, and data more generally, are transferred and recorded using a digital ledger duplicated and distributed across a global network of computers that is open, public and anonymous.

Instead of using a centralised structure to store data, blockchain ensures transactions to be registered, authenticated and chronologically validated through a decentralized system that is resilient towards any attacks or exogenous events such as natural calamities.

With their ability to provide frictionless and trustless interaction between entities and ensure the much valued transparency between parties, blockchain-based architectures enable limitless implementations in a number of fields beyond digital currencies, from wider banking and business to voting and international trade. 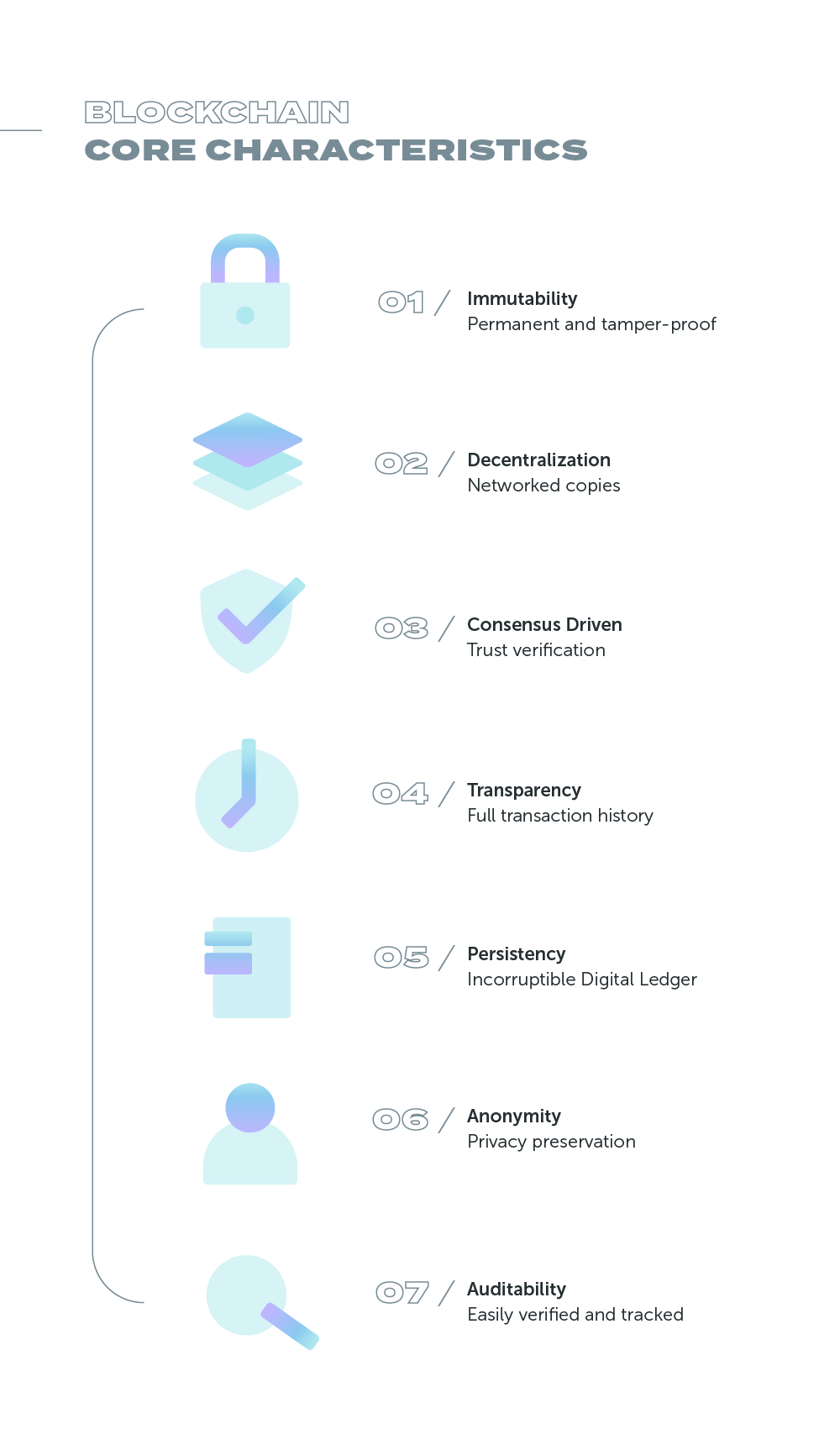 Blockchain is based on a decentralised and distributed database known as Distributed Ledger Technology (DLT), organised in a list of records called nodes or blocks that are cryptographically connected to each other in a chronological order, forming an irreversible of data that cannot be altered or compromised.

In this respect, a blockchain forms a globally linked-structure of records distributed across a peer-to-peer network of multiple users that is open, public and anonymous. Inside the blockchain, all transaction data are registered, authenticated, validated and stored in a verifiable manner (as every action can be easily checked and viewed with the appropriate permissions) and the records are linked to each other in chronological order, from the genesis block to the current block.

To secure the information inside this shared repository, the nodes of the network, the so-called miners, compete to update the transactions in the public ledger. The competition is based on different protocols and ensures that once a transaction is recorded, it cannot be altered by other stakeholders or external entities. The protocols used to settle the competition differ depending on the cryptocurrency. Perhaps the most popular protocol is the so-called Proof of Work (PoW)

Each transaction is converted into a hash (a unique alphanumeric code generated by an algorithm) and a summary hash, known as a Merkle root. The latter is generated for each block of data and connected to the last transaction hash and the data inside of the previous node.

This means that each subsequent block strengthens the verification of the previous: if one node is hacked, the hash on the previous block acts as proof of integrity of the data and provide assurances of evidence to the origin, as it can be traced back to the very first (genesis) block created in the chain.

Moreover, to secure the authenticity and integrity of the data, transactions are encrypted with an asymmetric cryptographic signature, a system that uses a pair of related keys (one private key to encrypt and one public key to decrypt) to protect transactions from unauthorized access or use.

Cryptography, proof of work and decentralization are the key innovations that make blockchain technology not only a secure way of storing information, but a real tamper-proof chain of data. 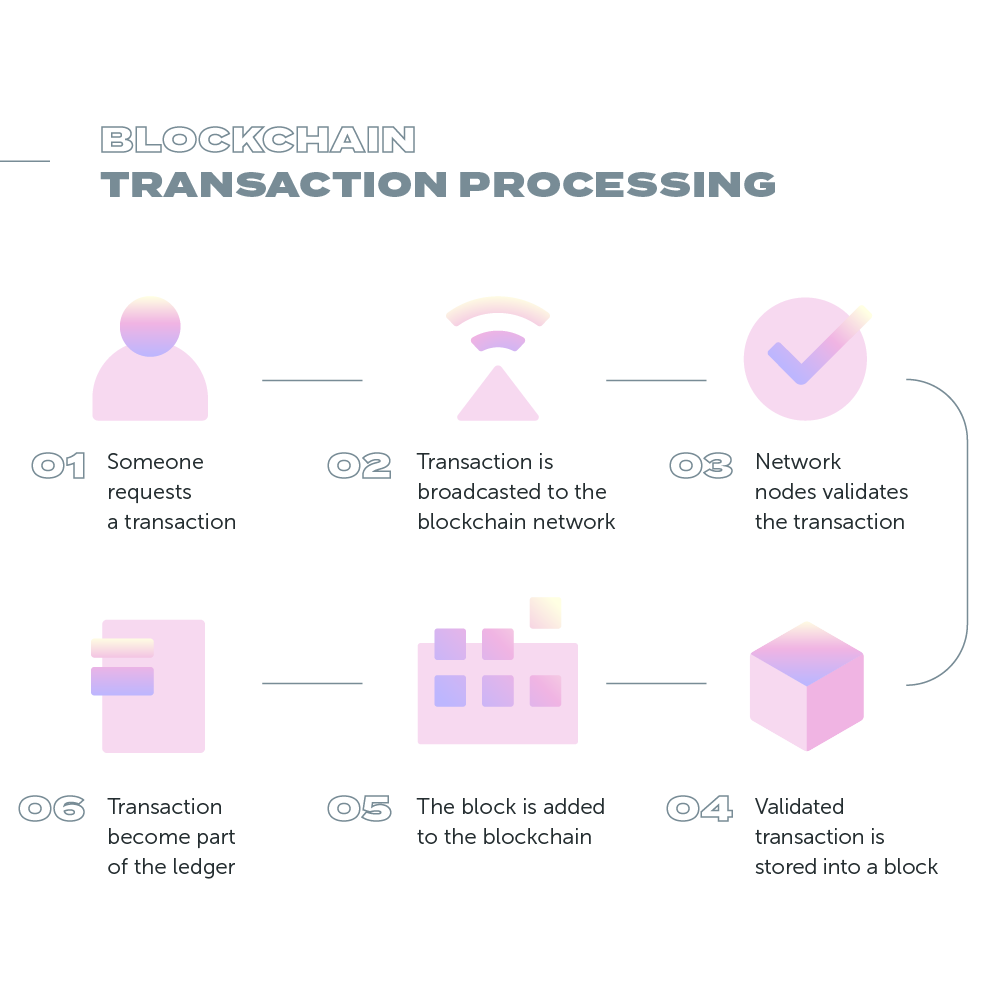 Blockchain technology is the backbone of cryptocurrencies since it guarantees reliable and trustworthy clearing of transactions without the need for a third-party or a centralised architecture to verify them.

However, cryptocurrencies are merely the tip of the iceberg when it comes to blockchain applications. Due to its ability to provide a reliable data storage technology that guarantees security, integrity, auditability and immutability without any intermediation, blockchain can be a real game-changer for a wide range of applications. Finance, banking, supply chain & logistic, government, business, healthcare, energy & utilities are all exploiting the power of the blockchain technology, with potential applications and uses ranging from: 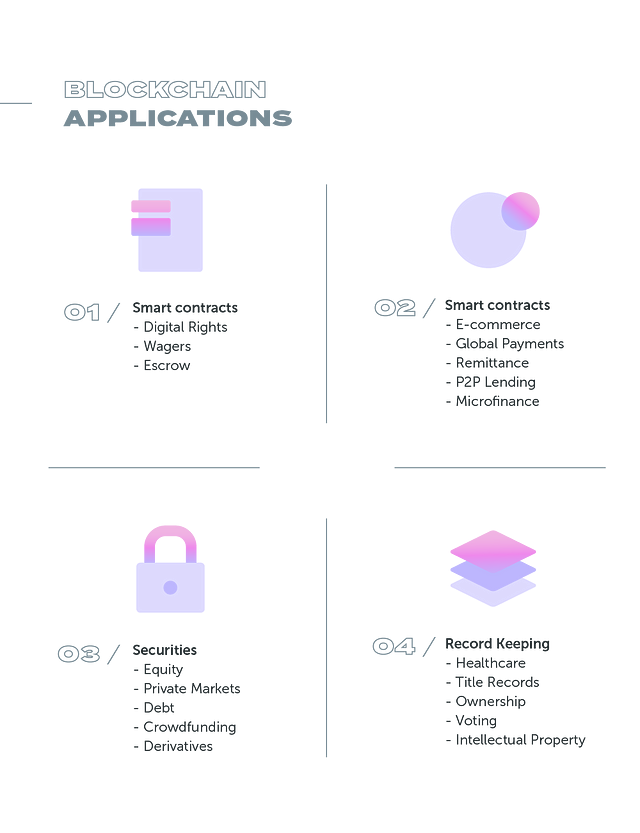 Some of the benefits of blockchain technologies are somewhat obvious. The lack of centralisation in the transactions validation process implies that no intermediaries are needed, ensures a higher standard of security, increases transparency, and possibly increases the efficiency of the data storage and information validation across a vast range of applications.

However, several key challenges remain. First, although significantly improved over the last months and years, the scalability and interoperability of blockchain technologies are still limited. In addition, the computational costs embedded in some of the validation protocols such as the proof-of-work are quite high. This implies energy costs could be a significant issue. Last but not least, the regulatory oversight is still largely limited, which leaves the door open to the use of blockchain technology for illegal activities.

How to Analyze Cryptocurrency Before Investing

Key Components Of The Cryptocurrency Ecosystem