Skip to main content
Home  /  Learn  /  A primer on cryptocurrencies: what is a cryptocurrency and how does it work?
Beginner

Money and payment in the digital era

What is a cryptocurrency?

Who started the cryptocurrency era?

How do cryptocurrencies work?

How is cryptocurrency used?

What are the benefits of cryptocurrency?

What are the disadvantages of cryptocurrencies?

Money and payment in the digital era

Firms, households, government agencies and entire industries are undergoing a profound digital transformation which is deeply redefining our economies around more and more sophisticated technologies, such as machine learning, artificial intelligence and blockchain.

Payment systems are perhaps some of the most affected industries, the so-called FinTech revolution which is rapidly changing our way to shop, trade and more generally the way financial transactions are cleared.

Traditional payment methods, such as credit cards and bank transfers are rapidly becoming obsolete while new technologies based on the blockchain allow more efficient transactions, interbank dealing and cross-country transfers. The depth of new payment systems is pervasive, that is, it is embedded in our daily lives via smartphones, tables, and digital wallets.

When it comes to blockchain technology, perhaps the application that captures the most the interest of market participants, commentators and policy makers is crypto-currencies. In its simplest form, a blockchain is essentially a public ledger which is updated and stored often in a fully decentralised fashion via a network of transaction validators, the so-called miners. The advent of cryptocurrencies kicked off a profound and rapid transition to digital payments outside the standard banking system and financial intermediation.

What is a cryptocurrency?

In its purest form, a cryptocurrency, of which Bitcoin is perhaps the most widely known example, represents a form of digital payment which is alternative, in fact almost uncorrelated, to regular financial intermediaries such as banks and credit companies. Loosely speaking, the main difference of a cryptocurrency payment with respect to a regular digital transaction lies in the decentralization of the validation process of each transaction; validation that is based on a distributed peer-to-peer network of voluntary participants which are often called in the public domain as miners.

This is radically different from traditional financial transactions in which intermediaries such as banks and payment companies act as unique dealers and validators. In other words, while the traditional payment systems are built upon the role of intermediation of financial institutions and banks, the world of cryptocurrencies, as far as payments are concerned, is built upon the absence of third parties and centralised entities. 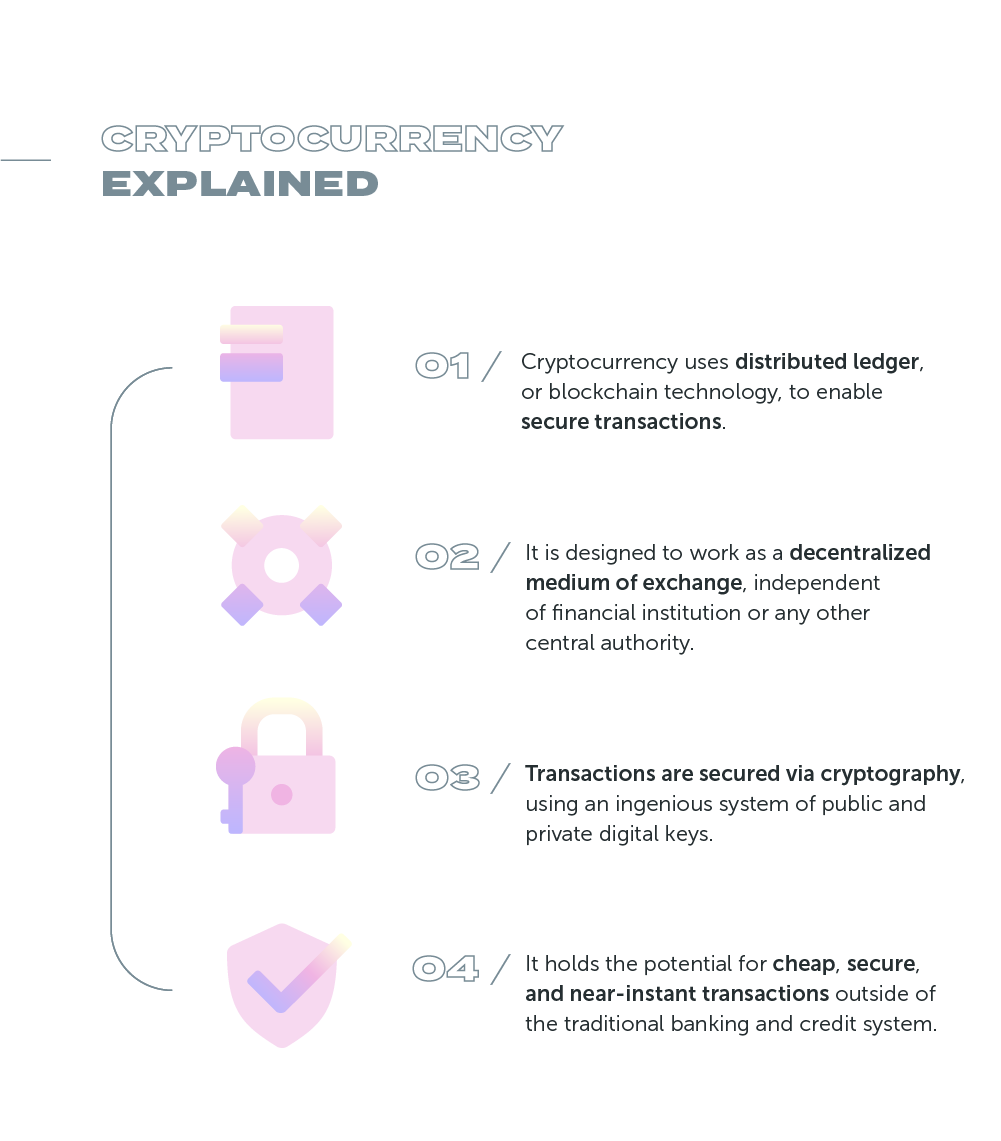 With the advent of new technologies and protocols, such as the Bitcoin Lightning network and alternative blockchain technologies such as Cardano (ADA), digital payments via cryptocurrency are becoming faster, cheaper, and more secure than traditional payments. More importantly, as the circuit of cryptocurrencies is outside the traditional banking system, even those who do not have access to the regular banking sector, the so-called “unbanked”, can still have access to digital payments simply by opening a digital wallet. All it takes is a smartphone and an internet connection. Economists and researchers argue that this could have significant implications for financial inclusion, especially in poorer and emerging markets. 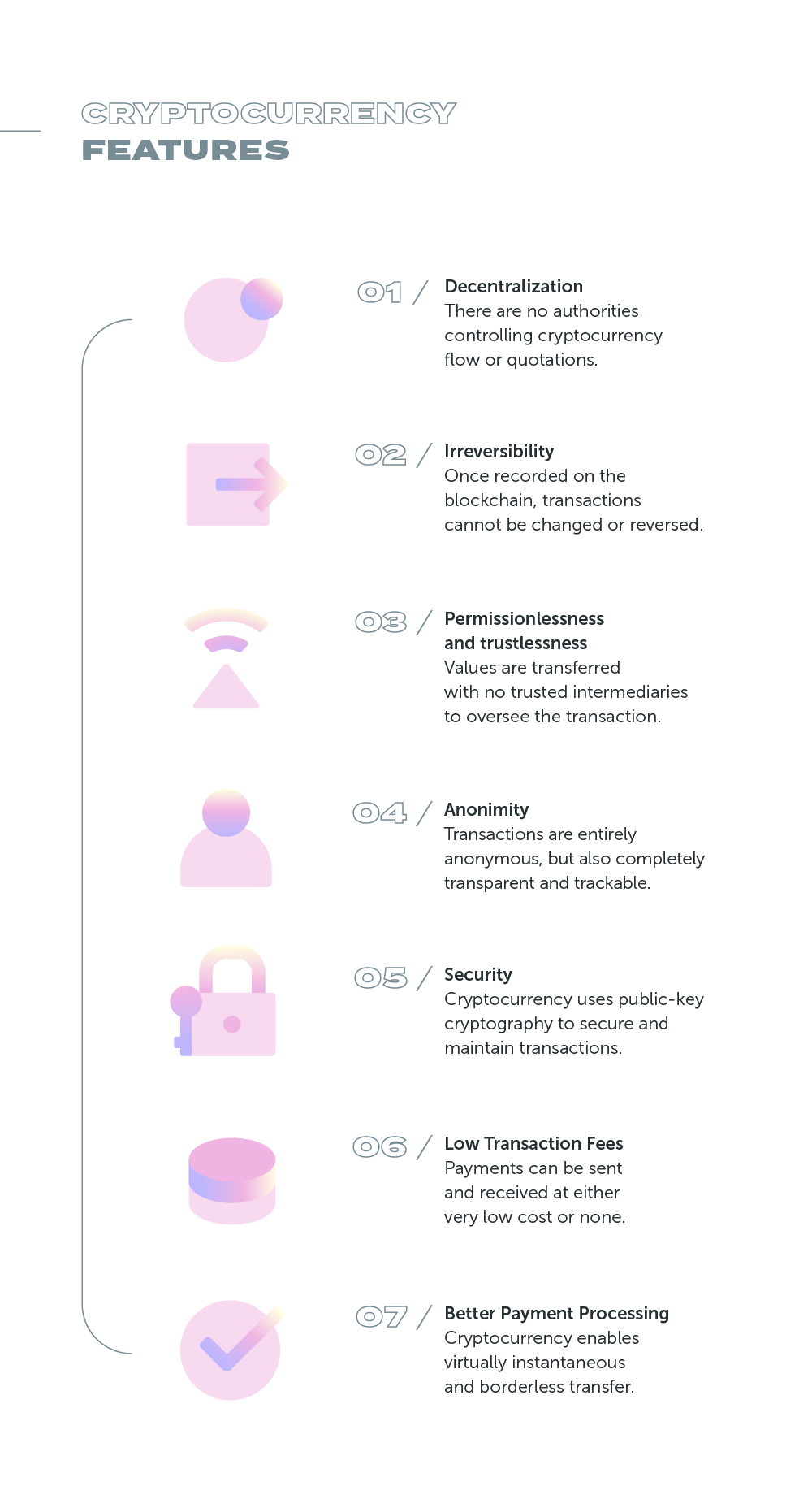 Who started the cryptocurrency era?

Bitcoin is generally considered the first of thousands of digital currencies currently available. At the time of writing, CoinMarketCap.com estimates there are more than 11,000 digital assets and currencies globally.

Launched in 2009 by Satoshi Nakamoto (pseudonym of a programmer or, possibly, a group of programmers), Bitcoin is today the largest, by market capitalization and trading volume, cryptocurrency currently available. Its origin goes back to 2008, right after the great financial crisis, when Satoshi Nakamoto -- a pseudonym used by a person or a group of developers to remain anonymous -- published the now famous white paper that describes the technology and infrastructure of Bitcoin.

Among others, the main features of Bitcoin are scarcity and security. As a matter of fact, the Bitcoin protocol establishes a fixed total circulation of 21,000,000 coins, which are produced in the form of a reward to miners who compete to update the public ledger with every transaction, or block of transactions. More specifically, the growth rate of Bitcoin is deflationary, that is, the amount rewarded to each miner halves every four years. By construction, conditional on wide adoption, this makes Bitcoin more and more valuable.

How do cryptocurrencies work?

At a very general level though, every cryptocurrency is based on three main ingredients: (1) a protocol for the coin supply and creation, (2) a blockchain that is updated with transactions and operations and (3) an electronic wallet that is used to store coins. The primary purpose of the protocol is to control coin supply and safety of the transactions. When it comes to the blockchain, the main purpose is to provide a safe storage in the form of a public, incorruptible, ledger which contains all history of transactions for a given user. The way the public ledger is updated could be fully decentralised, that is based on a network of computers and validators, or centralised, meaning the updating of the public ledger is managed by a small set of agents, often private. The existence of a public ledger has the advantage of making sure every transaction is visible, although (pseudo) anonymous, and cannot be retracted or corrupted by any member of the network. This prevents so-called double spending and fake transactions. 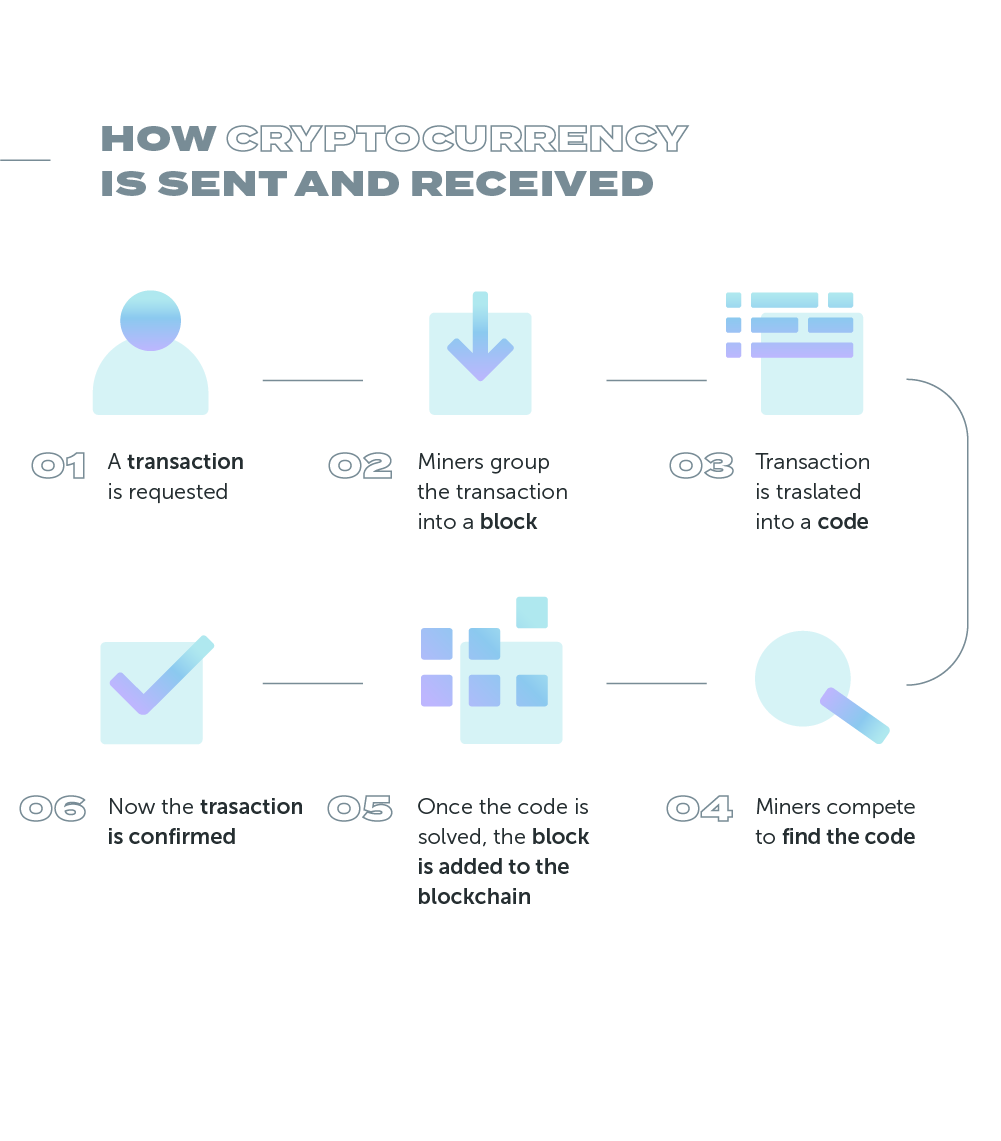 In its fully decentralised form, a blockchain represents a chain of blocks of data with no server or central authority. Every node has the right to compete in updating the chain by validating every additional transaction from a given wallet; each wallet has a unique address. Transactions and wallets are often secured by asymmetric cryptographic means with a two-factor authentication process to ensure that the data cannot be tampered with or forged. In other words, each block provides a unique and private key that can be just verified with a public key and proves ownership of the private key.

When a user authorises a payment or sends money to another user, the transaction is broadcasted to the whole network where every single distributed node has to confirm the validity of the transaction before finalizing it and recording it on the blockchain.

Users that take part in the cryptocurrency network, called miners, are the nodes in charge of processing the transactions on the blockchain. They gain the right, and therefore obtain the rewards, to update the blockchain upon competing for the solution of complex computational problems. Miners offer their computing power (just installing the software required) in return for a reward, generally in the form of a native cryptocurrency.

How is cryptocurrency used?

Again, not all cryptocurrencies are alike. Some of them are thought of as methods of payments, some others as store of value, utility tokens or more generally simple “copies” of fiat currencies.

Conventional wisdom posits that cryptocurrencies can be mainly considered as a speculative investment. This is often justified by the media and commentators on the basis of the parabolic price appreciation of Bitcon and smaller alternative coins. The massive volatility that characterises this market also supports the idea that the vast majority of trading activity in cryptocurrency markets is primarily short-term speculation.

What are the benefits of cryptocurrency?

One of the main advantages of cryptocurrency is security of the transactions. This is often ensured by rigid blockchain protocols, such as proof-of-work (PoW). These make the chain of transitions virtually incorruptible and irreversible: distributed transaction processing and encryption ensured by blockchains are a hedge against fraud and account tampering.

More recent developments, such as the ‘’lightning network’’ technology in Bitcoin, also substantially improved the speed of transactions, which is now comparable with major payments systems such as Mastercard and Visa. The transaction cost, although relatively high at the beginning, is also considerably lower given currency technological developments.

In light of this, current technologies make cryptocurrency transactions quite fast as well: while bank transfers or conventional payments (which often involves multiple transactions and intermediaries) could take about half a day, cryptocurrencies transactions can take anything from a few seconds to a few minutes to clear.

Another advantage of cryptos is accessibility: that is, they can be accessed by virtually anyone without the need of a credit score, banking details and particular paperwork. This particular feature was one of the main reasons of appeal for cryptocurrencies, but is now rapidly changing in the light of the more and more tight regulatory requirements.

Last but not least, cryptocurrencies offer some obvious benefits in terms of privacy. Although for the vast majority of digital currencies you need some sort of “know-your-customer” onboarding information, the level of privacy that is guaranteed by cryptocurrencies is unmatched by traditional payment systems.

What are the disadvantages of cryptocurrencies?

Cryptocurrency markets are often plagued by high volatility and substantial uncertainty. This is particularly problematic for the value proposition of digital assets as store of value. The latter should be typically characterised by a smooth, counter-cyclical, fluctuations in value which essentially hedge pro-cyclical equity markets.

The main drawback though, so far at least, is limited acceptance. Although there is an increasing interest from payment companies, and even countries, in using Bitcoin as legal tender, that is not true for the vast majority of cryptocurrencies. As such, although Bitcoin is taking more and more traction as a method of payment by the day, that is not true for the industry at large.

Finally, being cryptocurrencies more privacy-oriented than traditional cash, they represent a perfect mean to pursue  illegal transactionsand money laundering. This is particularly problematic for regulators and policy makers.